Equip your child for life

The school session is gradually coming to an end and summer is just around the corner. Students are putting in their best efforts to make sure they do well to be rewarded with an exciting summer trip. While some children are on the top of their game when it comes to learning and academics, some others may just be struggling to catch up and are slow learners. It is important to understand each child’s needs and peculiarities when it comes to learning. There are different learning styles depending on how each brain learns. Some children are visual in that they quickly assimilate concepts demonstrated in a visual form using pictures, charts, graphs, tables, etc., while some are kinesthetic. This means that they would prefer to touch and feel what is being taught by way of practical classes to assimilate the new information efficiently.

Regardless of each child’s learning style, there are basic processes involved in learning, reading, writing and any academic task.  The underlying processes responsible for any form of learning to take place are called cognitive processes. The strength of these processes are very critical for learning and academic excellence. These cognitive processes include: Attention, Working Memory, Thinking and reasoning, Sensory integration, Problem solving, Auditory processing, Visual processing, Cognitive flexibility, Processing speed, etc

Learning difficulties, thus, arise when either or some of these skills are weak.

Cognitive Processes and skills can be improved upon!

Research has shown that cognitive or brain training has the capacity to strengthen neural connections in the brain. The neurons are brain cells necessary for processing information from the five senses and also responsible for the above mentioned cognitive processes. When the brain is being trained consistently, those aspects are fortified and efficient processing of information results, however, when they are left dormant, they are pruned. Yes pruned! Research shows that we lose the functionality of aspects of the brain that are not in use. The popular saying in this regard is “You either USE it or LOSE it”.

You can equip your child or student for life; by giving him/her access to cognitive enhancement software that will serve to train the brain for optimal performance and academic success.  One major brain training computer program that has garnered a lot of research and interest from education professionals in the United States is BrainWare Safari. Developed by Learning Enhancement Corporation in Chicago, BrainWare Safari is an interactive software that incorporates 35 years of scientific research and approaches to cognitive development into a video game format. Its comprises of 20 exercises and 168 progressively challenging levels that improve cognitive processes as attention, memory, thinking, visual and auditory processing, and sensory integration.  Some of the benefits of BrainWare Safari include:

For more information on purchasing BrainWare Safari and how it works to help children and students, or you, Please click HERE

….. Bringing out the best in children.

Kayode felt like he was always hitting the books. While his friends were meeting for pickup soccer games after school, he was back home in his room reading and re-reading the same book. Regardless of  how hard he  studied, he had difficulty remembering and his grades stayed average. Meanwhile, his friend Deji, who never seemed to study, always aced tests. It didn’t seem fair.

As a result of Kayode ‘s frustration, his dad and class teacher made an appointment with the school’s Educational psychologist who later diagnosed him with a learning disorder. Although, Kayode felt relieved to know what was going on, he was also worried. He didn’t like the “disorder” label. And he was concerned about what it might mean for his future.

Would he be able to go to college and study engineering as he’d hoped?

What are Learning Disorders?

According to Sheldon Horowitz, Ed.D, experts aren’t exactly sure what causes learning disorders. However, learning disorders may stem from subtle disturbances in brain structure and function that may begin before or even after birth which includes:

Signs and Symptoms of Learning Disorders.

Learning disorders are usually very different from one child to another. One child may struggle with reading and spelling, while another loves literacy but can’t understand numeracy. Another child may experience difficulties comprehending information.

It’s not always easy to identify learning disorders. However, some warning signs are more common than others at different ages.

A child with a learning disorder should receive his or her own Individualized Education Program, (IEP) after a thorough assessment has been carried out by an Educational psychologist. This personalized and written education plan lists individualized goals for the child, specifies what services and tutoring the child will receive and the specialists who will work with the child.

“How can someone with learning disorders improve their ability to learn, rather than just compensate for difficulties?”

Many of the methods used and promoted to help people with learning disorders are intended to help a person compensate for, or work around, their learning difficulties.

Have you ever wondered what exactly autism is? Do you know someone who you think might be autistic? Would you like to understand and relate better with him or her? Are there any available treatments for autism?

Most people have heard of Autistic disorder, more commonly known as Autism, and may have a vague idea of some behaviours to expect from an autistic person. A typical example would be Dustin Hoffman’s award winning portrayal in the 1988 hit movie “Rain Man”. What this article aims to do is not just to give more information about autism, but to elicit a deeper understanding of the disorder so that one can relate better with such people.

According to Diagnostic and Statistical Manual IV (DSM-IV), autism should be diagnosed when a person has at least six or more symptoms from the 3 major symptom areas which are Social interactions, Communication and Repetitive and rigid behaviours. It is also noted that these Symptoms should be apparent before 3 years of age. Autism is found 4 times more often in boys than girls. Now to explore these areas and how one can cope with people expressing these symptoms. 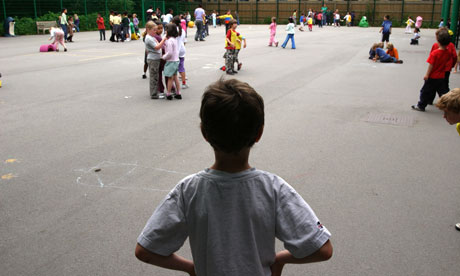 normal people do in their speech and gestures and they don’t keep eye contact. They prefer to keep to themselves and seem to lack empathy. This makes it difficult for them to make friends and in fact it doesn’t often seem like they are interested in doing so. Having an autistic child in a normal school setting my not be the best option as they do not enjoy crowds and that much attention either. As they do form attachments to caregivers, it would be preferable for their caregivers to teach them and spend time with them in their homes, a place where they are used to already. Caregivers also have to understand what behaviours to expect and realize it is not their fault that the child seems indifferent or does not want to play with them. It could be frustrating but autistic people need patience, along with the presence and attention of the caregiver.

They also have language problems. Either their sentences are incomplete or they keep repeating the same word over and over. They rarely gesture when they speak so particular attention would have to be paid when they are trying to communicate. Again this requires a lot of patience and understanding. One can try to probe them when they think they have an idea of what the autistic person is trying to say. However they should not be hurried or forced to speak faster or clearer because it would not help the situation.

Finally, they’d have one or more repetitive behaviour patterns. A common one is having specific items that they stick to, like seating on the same chair and the same spot, using the same cup each day and playing with the same toys. They also stick to a strict routine each day, doing the same activities in the same pattern, and have compulsions, such as arranging items in a particular order. It may seem weird but one should not interfere as it may make them very anxious. They have limited interests due to their strict daily pattern so finding what would keep them happy would not be difficult. However, it may be difficult to watch them do repetitive body movements such as turning their heads or flapping their hands again and again. This does not mean there’s a problem as they reward themselves internally for such behaviour. One should just observe to make sure they do not harm themselves in the process.

It is important to treat autistic people not like they have a disorder or like they are weird, as they still have feelings, but as a different type of people. However, there is a possibility of improving their condition and making them closer to normal.

Neurofeedback is one of the treatments that could help improve an autistic persons condition. It is the monitoring and normalizing of the persons brainwave activities through an electroencephalographic (EEG) brain scan. Of the few and limited treatments for autism, in a small number of studies, improvements in speech and social interaction have been found after people with autism used neurofeedback compared to those who didn’t. So it is definitely a treatment one can give a chance in order to improve an autistic persons quality of life. (For more information on neurofeedback visit https://www.mobilehealthconsult.org/?page_id=724 )

April is Autism awareness month, spread the knowledge about autism!